F1 star Fernando Alonso might not have been expecting a visit from glamour models Lucy Pinder and Michelle Marsh as he prepared for the 2005 British Grand Prix – but he certainly didn't mind posing for a few snaps.

The Spaniard, who had claimed pole position from qualifying, was joined in the paddocks by the busty pair to pose to photos alongside Renault colleague Giancarlo Fisichella to promote, of all things, the PlayStation 2.

Following a selection of innocent poses, Alonso could be seen looking in the direction of Michelle's bust during a close up that is sure to make F1 fans chuckle.

Having finished on pole, Alonso claimed second place from the race with Fisichella down in fourth. Juan Pablo Montoya took the victory with Kimi Raikkonen in third.

That slip didn't matter too much in the end, with Alonso going on to win the World Drivers' Championship for the first time, before a second triumph the following year.

He recently returned to the sport with Alpine-Renault, and is looking to recapture his 2005 form to score at the 2022 British Grand Prix this weekend.

Should F1 grid girls return? Tell us in the comments section 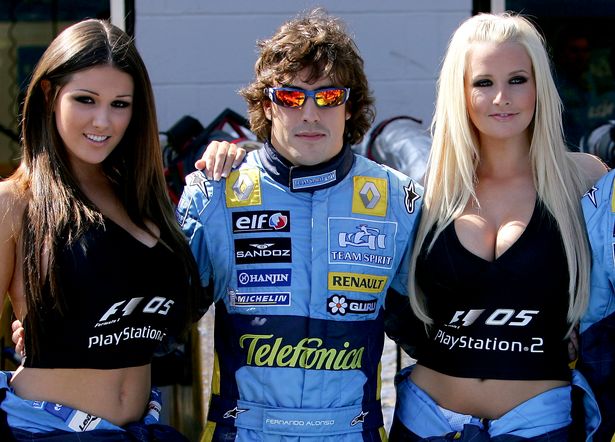 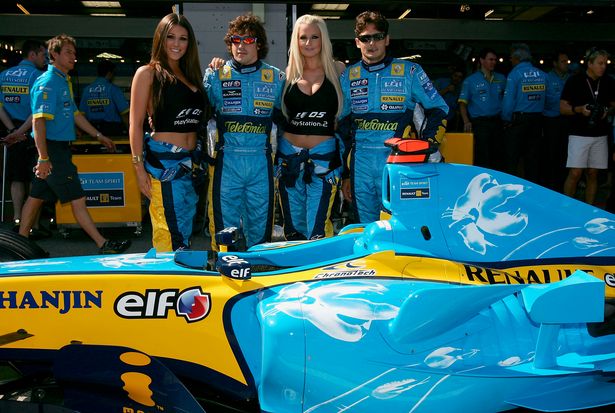 Aspiring models used Formula One to boost their profiles in the form of ring girls throughout the past two decades, including Katie Price and Kelly Brook. 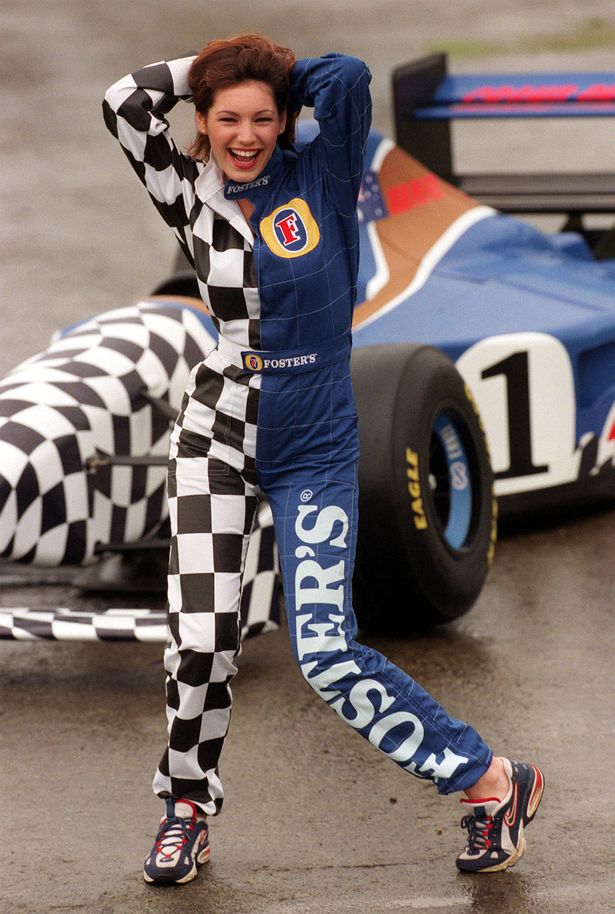 Brook might now be best known for her work in TV and radio, but she made her name as a model before becoming an actress and media personality.

Kelly, who was crowed FHM's Sexiest Woman in the World in 2005, had been a grid girl a full seven years earlier at the age of just 20.

She recently posted a throw-back snap of herself at the British Grand Prix in 1998 holding a Union Jack flag, and has previously described it as a well paid job.