Manchester United boss Erik ten Hag has been told what to say to Cristiano Ronaldo as the five-time Ballon d’Or winner struggles to find a club willing to sign him this summer. The Portuguese forward came off the bench in the Red Devils’ 2-1 defeat in their opening Premier League game of the season to Brighton as the striker’s future continues to be in limbo.

Ronaldo asked the club earlier in the summer to consider any serious offers for the 37-year-old as he has ambitions to play in the Champions League, but so far has been unable to find a club that wishes to take on his considerable wages this season.

Former Arsenal striker Kevin Campbell believes that there will be more discussions between Ten Hag and Ronaldo regarding his future, and that the Dutch coach has to tell his player to forget the outside noise and focus on his game.

“There has to be another round of talks,” Campbell told Football Insider. “Erik ten Hag needs to say to him, ‘Look, you are going nowhere. You need to knuckle down. You have a part to play here.’ He has signed a contract at the end of the day. 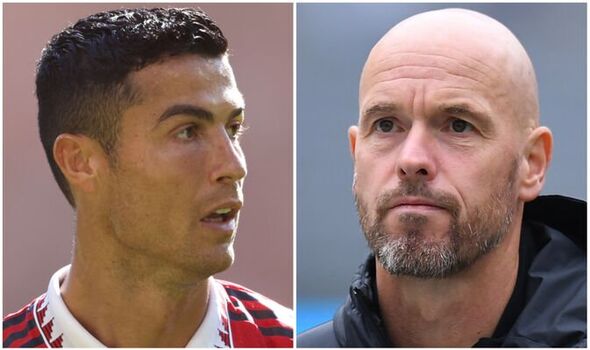 “Ronaldo is frustrated. That is clear. There are not many bigger clubs out there than Manchester United though. There are not many clubs coming in for him and that is because they cannot afford him. He is paid that well. I think there is going to have to be a bridge built. I think he will end up staying for the season, I really do.”

Ronaldo came off the bench in the 53rd minute on Sunday against Brighton, as he only completed 45 minutes of United’s pre-season and did not join the rest of the squad for their tour of Thailand and Australia. Family reasons were cited as the reason why Ronaldo did not participate in training, and then further controversy was made when he left Old Trafford before the full-time whistle in the club’s final pre-season game with Rayo Vallecano. 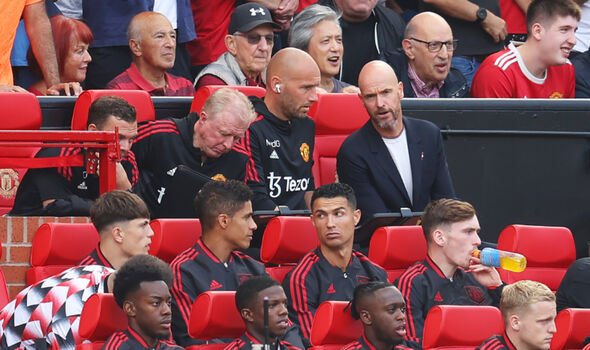 The Portuguese legend was spotted outside the stadium prior to the full-time whistle after he was substituted at half-time, which Ten Hag described as “unacceptable”, and subsequently left Ronaldo out of the starting lineup in his first league game in charge.

Christian Eriksen led the line with Bruno Fernandes instead, before the Dane dropped back into midfield when Ronaldo was brought on in the second half.

The forward’s introduction was not enough to inspire United into a second-half comeback however, as an own goal from Alexis Mac Allister did give fans hope before the Seagulls saw out the win thanks to Pascal Gross’ two first-half strikes.

The post Erik ten Hag told what to say to Cristiano Ronaldo in ‘second round of talks’ with Man Utd first appeared on europesportsnews.com.