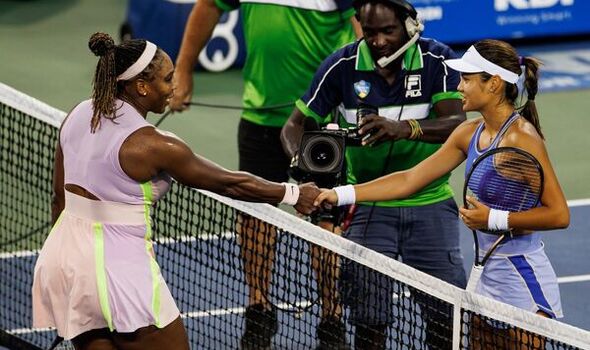 Tennis fans are almost universally in agreement that Emma Raducanu will not be more successful in her career than Serena Williams despite the teenager’s impressive victory over the American legend on Tuesday.

Raducanu faced Williams for the first – and most likely final – time in the first round of the Cincinatti Open this week and came out on top, comfortably beating her 40-year-old opponent 6-4 6-0 in a clash between youth and experience.

The Bromley-born 19-year-old has struggled for form over the past year ever since her sensational US Open victory last year. But the win over the soon-to-be-retired Williams will give her some newfound confidence going into her second appearance at Flushing Meadows later this month.

Raducanu certainly still has an exciting career ahead of her – but Express readers are doubtful that she will get anywhere near surpassing Williams’ remarkable trophy haul. The legendary figure has won an amazing 23 Grand Slam singles titles – more than any player in the Open era. 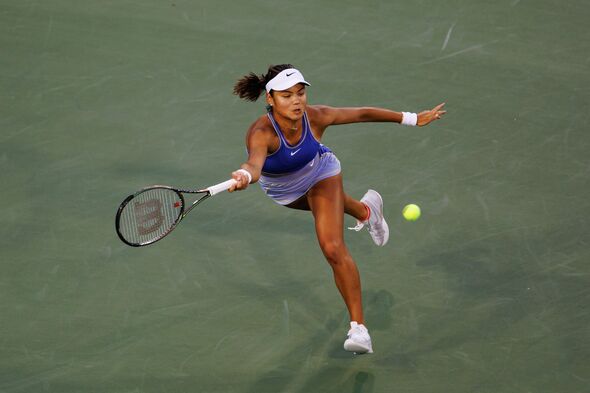 And when asked the question ‘Who will end their career with the most Grand Slams’, over 1,500 members of the public got involved, voting overwhelmingly in favour of Williams. 94.4% went for her, in contrast to the 5.6% who ambitiously chose Raducanu.

Speaking after their match, Raducanu had nothing but praise for Williams, who she idolised as a child. “I did draw some parallels to serving out the US Open and I had a really tough final service game with a little bit of drama and a time out,” she told the Tennis Channel. “But it was of course extremely difficult to play her.

“I think we all need to just honour Serena and her amazing career. I’m so grateful for the experience to be able to play her and for our careers to have crossed over, and everything she has achieved is so inspirational and it was a true honour to share the court with her.”

Continuing in her post-match press conference, she spoke about her relatively low-key celebrations after the win, adding: “I think that playing Serena, you don’t like – to be honest, I was just like in awe and you don’t want to…

“I think I said, like, one ‘Come on’ in the match, and I was just staying to myself, because I respect her so much as an athlete, as a tennis player, as a person. I think she’s done amazing things for the sport. I didn’t really want to make a scene. Like she’s done so much for the sport that, yeah, I just respect her a lot.

“I think that no big celebration was necessary. I think the biggest celebration is just like what the crowd kind of gave her and honoured her. Myself, as well.”