EIGHT NBA superstars feature in the top 10 most influential sports stars in the world, with Kyrie Irving, LeBron James and Steph Curry joining the likes of Cristiano Ronaldo and Neymar

American sports stars – and specifically NBA players – dominate the landscape when it comes to the most influential on the planet.

From LeBron James and Steph Curry to Kyrie Irving and Kevin Durant, basketball almost has a monopoly on the top 10 in an incredible new study.

Carried out by Ticketsource, the findings look at social media popularity, wages, merchandise interest, and Google searches of the biggest sports stars in the world in order to reveal who are the most influential around. 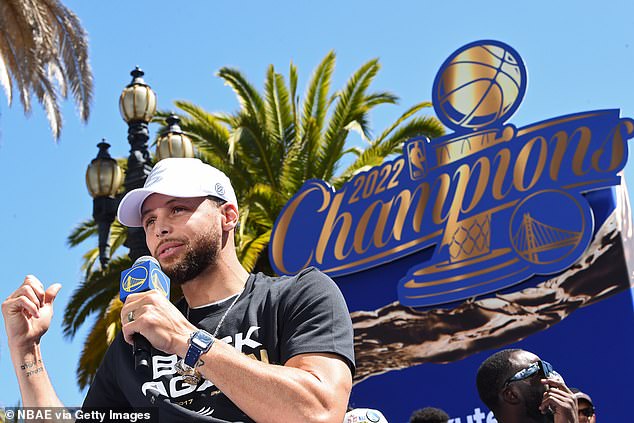 Steph Curry, pictured after winning the 2021-22 NBA Championship, is in the top 10 list

First up on the countdown is Portland Trailblazers point guard Damian Lillard, a six-time NBA All-Star who has spent his entire career in Oregon. His influence numbers are boosted by a huge interest in his merchandise, helped by the fact he is the face of his franchise – with thousands of kids aspiring to follow in his footsteps.

On social media, he has a combined 12million followers on Twitter and Instagram, further rocketing his influence numbers.

Lillard is 32 now, but his stock is only going to rise over the next couple of years after he signed a bumper two-year contract extension with the Blazers earlier this month, worth a whopping $112million. Not bad if you can get it. 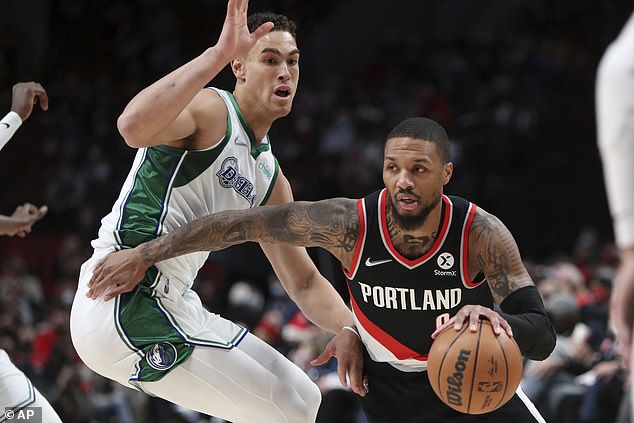 Next up, and sticking with the NBA on a basketball-heavy top 10 list, is the Brooklyn Nets’ Kyrie Irving. It has been a whirlwind summer for the 30-year-old superstar, and it’s not yet clear where he’ll play next season, but his status is secure regardless.

He’s rumored to want out of Brooklyn, and the Lakers were a possible destination earlier in the summer, but those rumors have gone quiet and it is now ‘overwhelmingly likely’ that he stays where he is for the start of the 2022-23 regular season, according to multiple reports.

In terms of his influence, Irving has always been the talk of the town and has over 21million followers on his social media accounts – a huge number, much higher than some others in the top 10 list. Shirt sales are also huge for the point guard. 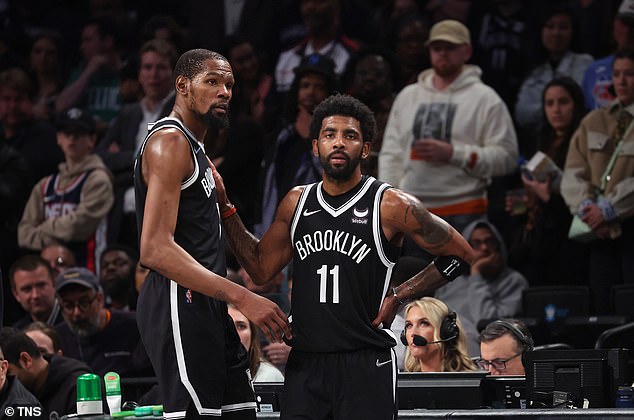 WHO JUST MISSED OUT?

Just ahead of Irving is yet another NBA superstar in Antetokounmpo, the Milwaukee Bucks’ ‘Greek Freak.’ At 27, he is one of the biggest breakout stars of the past few years, and his stock continues to rise at the same rate as his social media following.

He’ll earn $42 million with the Bucks next season, and has the third largest amount of jersey searches by fans over the past year, beaten only by LeBron James and Steph Curry.

It’s those huge search numbers that have propelled him so high on this list, despite his comparatively small amount of social media followers when compared to his rivals.

We have a tie for sixth, with LA Lakers star Westbrook and Philadelphia 76ers’ shooting guard Harden both at 9.18 on the influence scale.

While Harden earns a little more cash and has more fans searching for his jersey, his former Oklahoma City Thunder teammate has 8million more Instagram followers to draw him level on the scale.

At 33 and 32 years of age respectively, these two have been there, done it and got the jersey over long NBA careers, with plenty of time to have stamped their name on the league and in the minds of fans across the world. 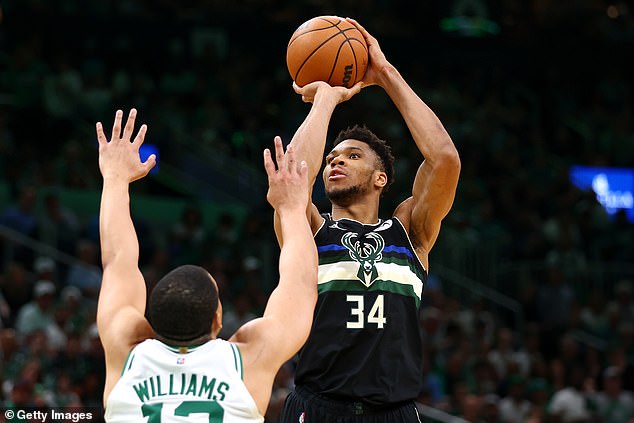 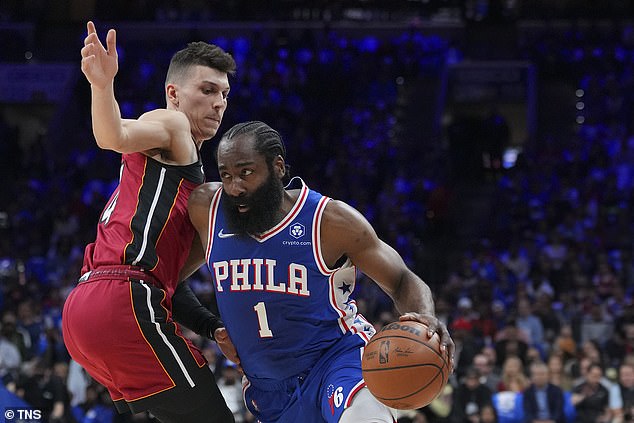 Now we come to the first soccer player on the top 10 list, and it’s Ronaldo – dropping lower than he would have been previously after his move to Manchester United.

Given he is now 37, the Portuguese star is not commanding quite the same wage as he did previously, with his (still massive) $644k a week dwarfed by other big names on the list around him.

What he lacks in earning, though, he more than makes up for in social media followers, with far and away the most of anyone in sport. Just the 468m Instagram fans for CR7. 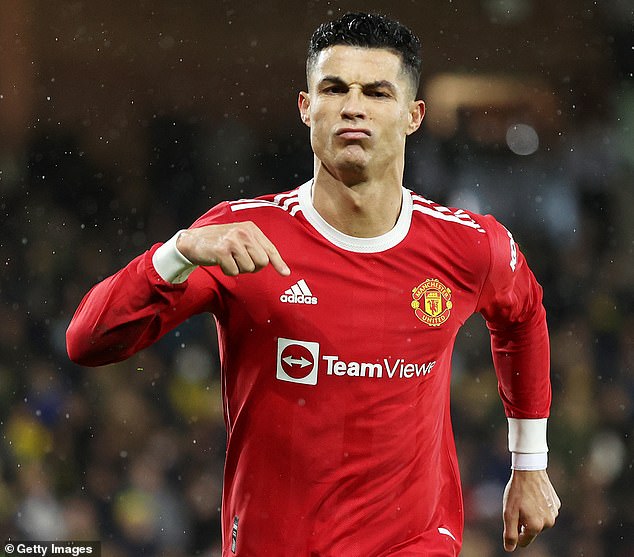 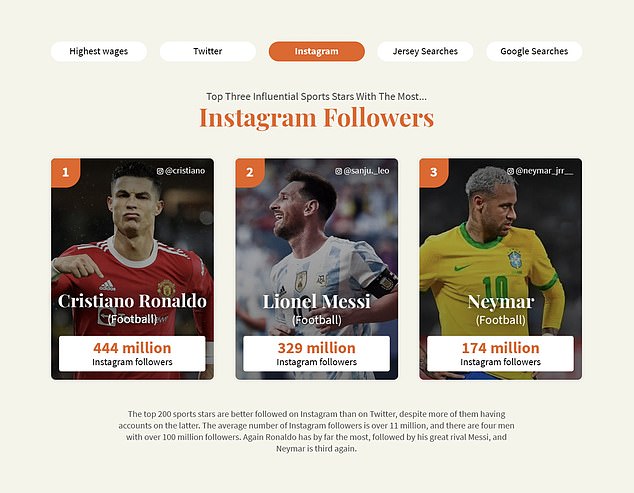 When it comes to Instagram followers, the Man United man is above and beyond his peers

As we head right to the top of this list, we come to yet another NBA star in the Brooklyn Nets’ Durant. At the age of 33, he is another who has taken years to build his status as one of the best in the game, and he sits pretty in the top four.

Across the board, the Washington native puts up good numbers, with a high social media following, big wages, and 156,000 fans searching for his jersey each year.

It is another summer of speculation for Durant as he nears a potential trade away from New York, but regardless what happens, his stock will still be very high. 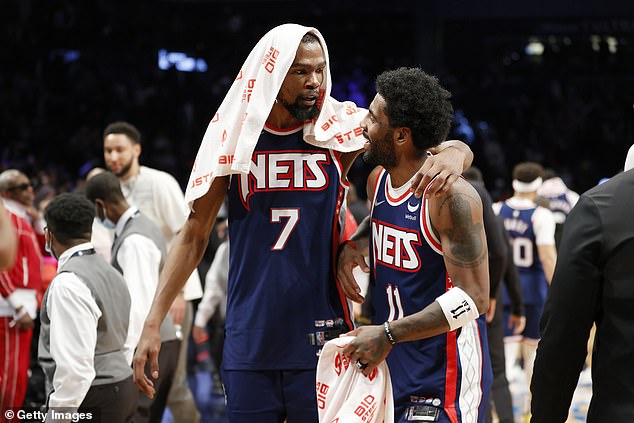 Kevin Durant (left) is another star name at the Nets, and he makes the top four of the list

Back to soccer, and the highest earner by some distance on the list… Paris Saint-Germain forward Neymar is on a ridiculous $1.14m A WEEK in France.

His jersey search numbers are paltry compared to his peers, but with 176m Instagram followers, he’s not doing too badly for himself.

The Brazilian is getting set for another big season for PSG and has recently been with the team in Japan on pre-season, where they have had plenty of attention from thousands of raucous fans. 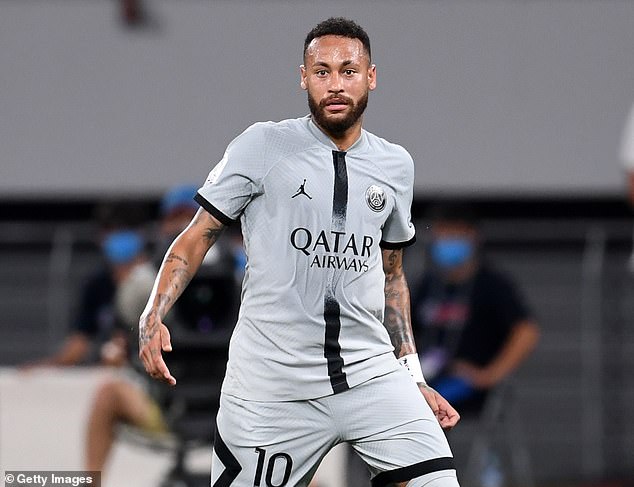 Neymar, of Paris Saint-Germain in France, is easily the highest-paid sports star of the top 10

Just missing out on No 1 spot is Golden State Warriors genius Steph Curry. His four NBA Championship rings have put him in the conversation as one of the best players ever to grace the court, and you certainly can’t argue with his numbers.

His saving grace, though, comes in terms of jersey searches, with a remarkable 476,100 people wanting to wear his name and number each year. That’s far and away the most of anyone on the list. 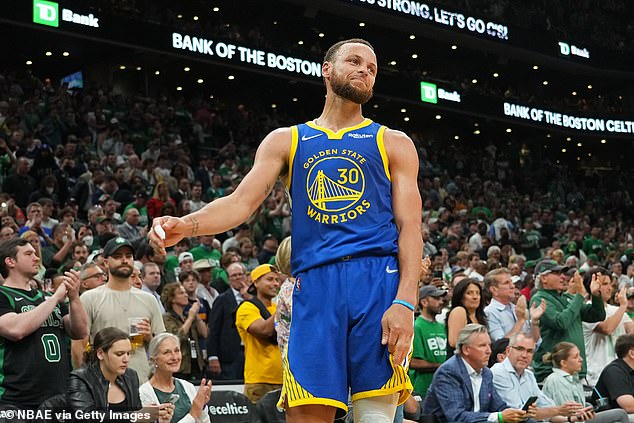 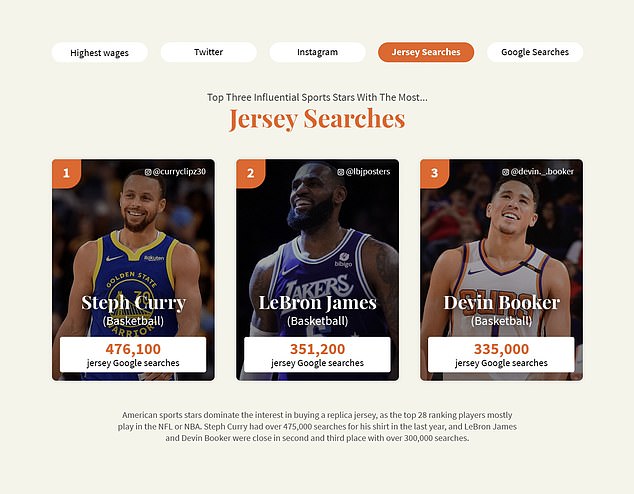 In terms of jersey searches, Curry’s numbers are huge with nearly half a million in the last year

Who else but LeBron? Arguably basketball’s GOAT and one of the most recognizable names not just in sport, but in popular culture around the world.

The Lakers star has four rings, and has won in Cleveland, Miami and Los Angeles across a stellar career, building his reputation at each franchise.

He has 122million Instagram followers, 351,000 people want his jersey each year, and he earns a mind-blowing $855,288 a week for his troubles. All of that added together makes him the most influential sports star on the planet. Not bad! 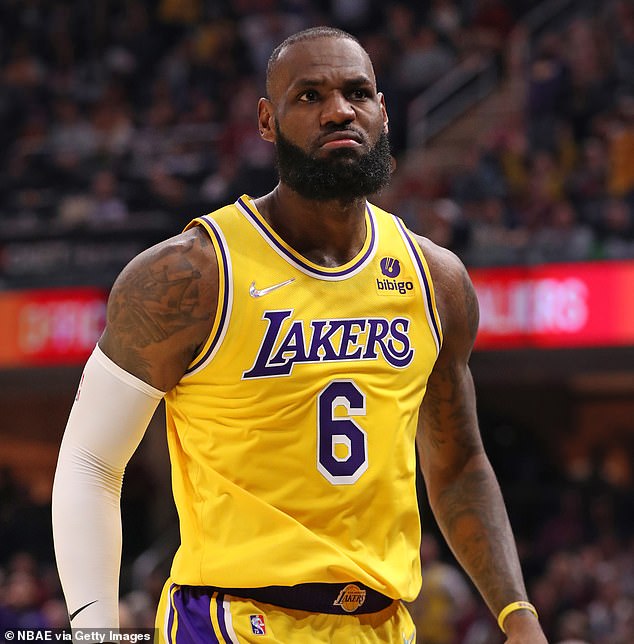 LeBron James, perhaps unsurprisingly, is the No 1 most influential sports star on the planet

The post Eight NBA stars feature in the top 10 most influential list.. but who? first appeared on europesportsnews.com.