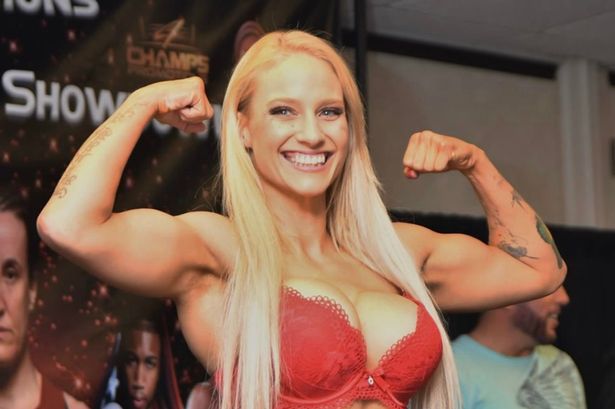 IBF bantamweight world champion Ebanie Bridges believes Anthony Joshua will have to knock out Oleksandr Usyk, if he is to reclaim the WBO, WBA, IBF, and IBO belts.

The Ukrainian outclassed Joshua at the Tottenham Hotspur Stadium in September 2021, to win via an unanimous decision. But nearly one year on since his second career defeat, Joshua heads into the bout with a new coaching team behind him.

Usyk looks to be in a confident mood in Saudi Arabia, bursting into a patriotic Ukrainian song and dance after the weigh in with the Olympic gold medalist. But while Bridges, who also fights under Matchroom chief Eddie Hearn, believes Usyk will overcome Joshua again unless the Brit can knock him out.

“I think AJ needs to knock him out,” Bridges said exclusively to Daily Star Sport. “He’s going to need to, somehow, put so much pressure on him, tire him out and hurt him, like really hurt him.

“To do that, he has to be able to catch him clean.” Usyk came flying out in the opening rounds, catching Joshua, and the 67,000 packed into the Premier League giants’ ground, by surprise.

Do you think Anthony Joshua can overcome Oleksandr Usyk at Wembley? Let us know in the comments section below 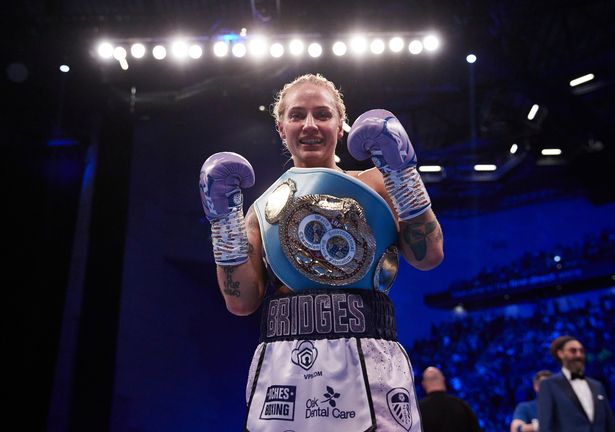 He was particularly sharp in the later rounds of the contest, dipping and skipping past Joshua’s punches. And while Bridges believes Usyk looks to have bulked up a bit more since their previous encounter, she still believes the Ukrainian will leave Saudi Arabia with his belts.

“I think that Usyk will beat AJ again, although I don’t want him too. I would love to see AJ come back and beat Usyk, that would be f***ing huge.

“Usyk is an incredible boxer and I just think he is a little bit too skilled. Mind you, he’s come in looking pretty heavy and who knows what that will do.

“That could slow him down, I don’t know, but I am definitely leaning towards Usyk.”