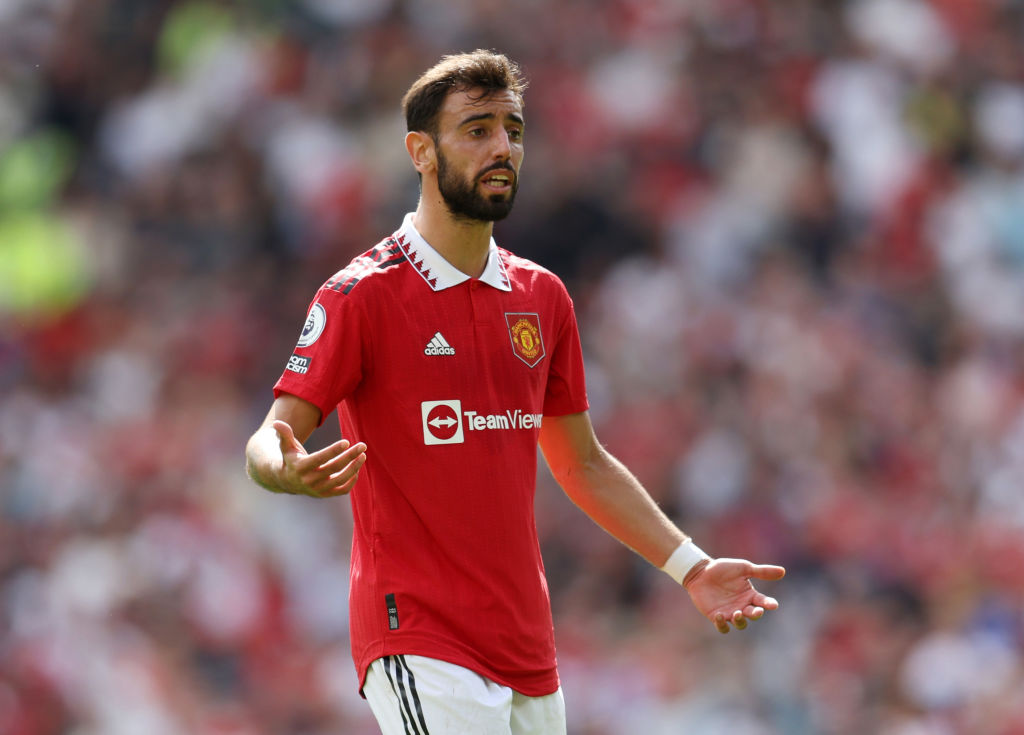 Ten Hag has endured a miserable start to his career at Old Trafford, losing against Brighton and Brentford in United’s opening two Premier League fixtures.

Things don’t get much easier for the Red Devils as they face rivals Liverpool at home on Monday night.

Much of the focus this summer has been surrounding Cristiano Ronaldo after the 37-year-old asked to leave the club.

But Hamann thinks Ronaldo is still a difference-maker, and Fernandes is more of a concern for Ten Hag.

Hamann told the Mirror: ‘I know the focus has been on [Cristiano] Ronaldo because he’s made it clear that he wants to leave the club, but where would United have been without his goals last season?

‘Ronaldo is a big-game player, someone who can make a difference.

‘For me, the biggest problem for Ten Hag is Bruno Fernandes. I can’t remember the last time I saw him do something other than wave his hands around in frustration.

‘You can’t have players doing that in games against Liverpool. Everyone has to put a full shift in.’

United’s opponents on Monday, Liverpool, have had a disappointing start to the season themselves, drawing with Fulham and Crystal Palace.

Hamann thinks Ten Hag’s side could cause problems for Liverpool if the United boss sets his team up correctly.

‘Liverpool haven’t had the best of starts, with two draws – and this is probably the last game they would have wanted at this stage,’ he added.

‘United have a much better team than their results. They will see this as an opportunity to get their own season up and running by going above Liverpool in the table.

‘If Ten Hag gets his team selection and tactics right then he can make it very difficult for Klopp.’