Cristiano Ronaldo will reportedly be forced to take a pay cut as a result of Manchester United's miserable Premier League campaign.

Ronaldo notched 24 goals in all competitions last year but was unable to fire United's flops into the top-four. United missed out on Champions League football and eventually finished the season in sixth spot under the guidance of interim chief Ralf Rangnick.

As a result of United's failure to qualify for the Champions League, Ronaldo has made it clear to the Old Trafford hierarchy that he would like to quit the club this summer – but if a move doesn't materialise then Ronaldo will be hit in the pocket.

According to a new report from The Telegraph, Ronaldo's £480,000-a-week wages will be lower next season as the figure included 'incentive clauses based around United's participation in the Champions League'.

While Ronaldo is hopeful of securing a move away from Manchester United in the coming weeks, it remains to be seen if any of the 37-year-old's potential suitors would be able to meet his wage demands.

Chelsea, Bayern Munich and Napoli have all been sounded out by Ronaldo's agent, Jorge Mendes over a potential move for the Portuguese superstar – but United have insisted that they have received no approaches for their talisman.

Do you think Ronaldo will get his move away from Man Utd this summer? Let us know in the comments section below. 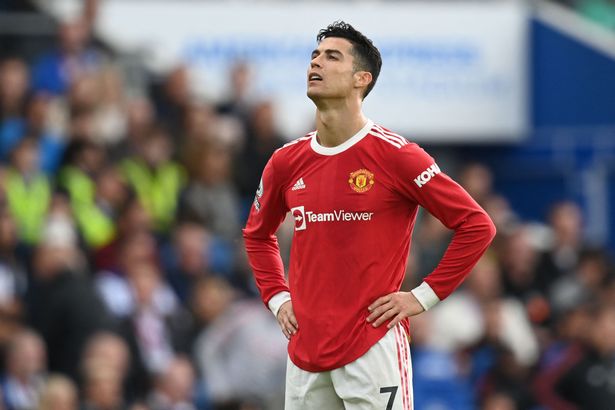 The report goes on to outline that Manchester United 'fully expect' Ronaldo to see out the final year of the two-year deal he penned last summer.

It is expected that the Old Trafford hierarchy will seek showdown talks with Ronaldo once he clocks in for pre-season training under new boss Erik ten Hag on Monday.

Discovering that Ronaldo wishes to leave the club will come as a major blow to the Dutchman, who is yet to make a single signing since arriving at the club. United are hopeful of tying up a deal for Feyenoord full-back Tyrell Malacia early next week, while talks continue with Barcelona over a deal for Frenkie de Jong.