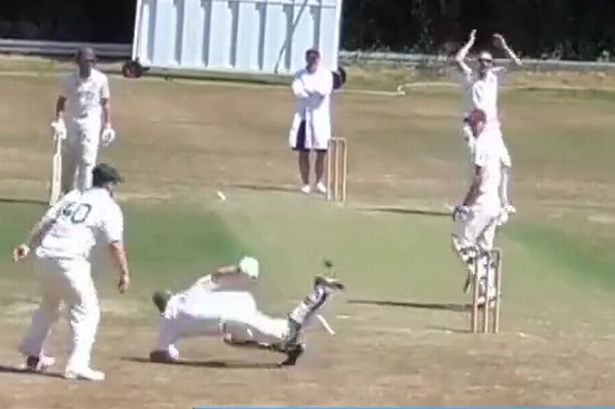 A Farningham Cricketer bore the brunt of a remarkable piece of fielding in the Kent County Village League when an opposition player dropped the ball before kicking it back up into the air to claim the catch.

The outrageous feat was filmed during Farningham 2nd's victory over Stonehouse 1st's on Saturday (July 23rd) when the home side claimed a score of 207 across 40 overs in Division 6A. However, after winning the toss and electing to bat first, Farningham didn't get off to the best of starts, as opening batsman Ed Bisley recorded just one run before succumbing to the bizarre catch.

Bowled almost at full toss by Stonehouse's Nick Richardson, Bisley edged the ball into the wicketkeeper, who fumbled the ball coming into his chest when darting left to make the catch.

With the Kookaburra having slipped through his fingers when falling to the floor, the wicketkeeper then opted to try and boot the ball into the air, succeeding with a sweet left-footed backheel that wouldn't look out of place in the Premier League.

Sending the ball high into the air, his team-mate was left with the simplest out catches to send Bisley back into the clubhouse with the Stonehouse players going beserk, well relatively berserk – it is cricket, at the crease. Fans on social media have also stared in disbelief at the amazing catch.

HAVE YOUR SAY! Have you ever seen a better catch? Let us know in the comments section. 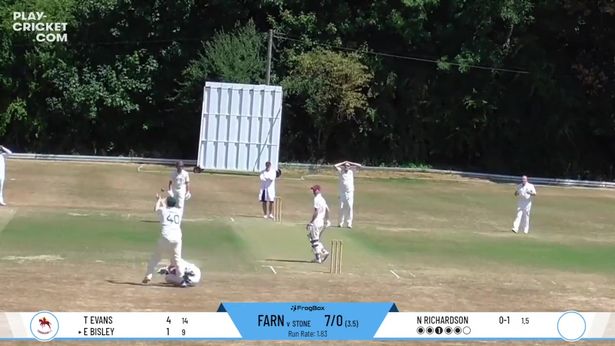 "This, courtesy of @FarninghamCC, is the greatest catch of all time! @bbctms, commented one dazed supporter. "Unbelievable!!," said another. Whilst a third tagged Frogbox live, a cricket streaming service, to marvel at the insane wicket-taking: "@frogboxlive get a look at this."

Despite the early setback, Farningham rallied to bag a score of 207, aided by Brad Deamer's century off 63 balls, to claim victory by 27 runs.

The post Cricketer drops ball before ‘unbelievable’ before ‘greatest catch of all time’ first appeared on europesportsnews.com.