Chris Eubank Jr and Conor Benn will be in for an extortionate fine if either misses the catchweight for their grudge match-up on October 8. A heavily anticipated ‘legacy’ fight between the pair of heirs was confirmed on Tuesday, with London’s O2 Arena set to host the showdown.

There were fears a fight may not be workable given Benn (21-0) fights at welterweight while Eubank Jr. (32-2) is most at home as a middleweight – and even super-middleweight. But a middle-ground limit of 157 pounds has been put in place, three pounds off the middleweight maximum.

And boxing reporter Dan Rafael has revealed either fighter will incur a $100,000 (£82,000) fine for each pound they weigh in over that limit. The clause is prioritised to protect Benn, who will be going up against a significantly larger opponent than he’s used to.

“This is a legacy fight,” Benn, the son of former two-weight world champion Nigel, told Matchroom Boxing after the bout was confirmed. “It was a great rivalry between Eubank Sr. and my Dad, Nigel Benn, and it was a fight that’s even still spoken about now. 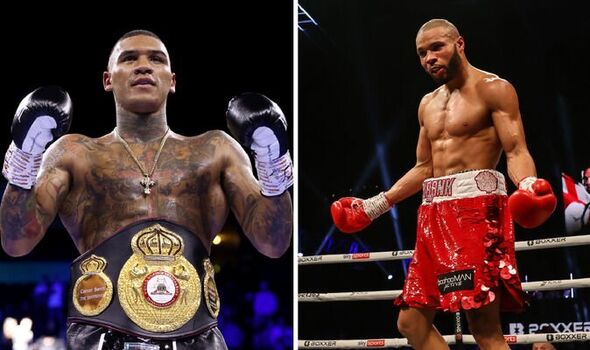 “It’s one of the great British rivalries and the legacy lives on. It really is for the legacy, this fight, and I feel like the stars have aligned for this moment.”

Chris Eubank Sr. stopped the elder Benn in the ninth round when they first met in November 1990. Their second bout almost three years later ended in a split draw, technically leaving Eubank’s legacy untarnished (at the time). 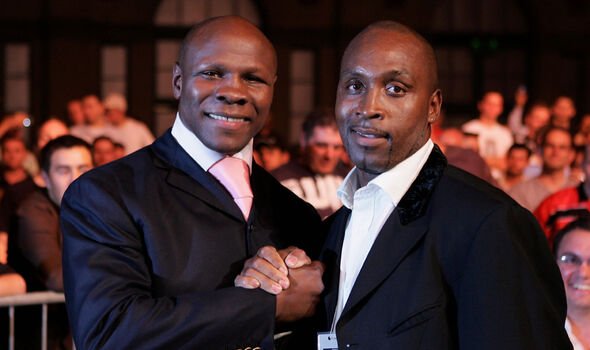 Unbeaten Conor, 25, added Eubank Jr. “may be able to absorb my shots a bit better” but was confident of becoming the first man to stop ‘Next Gen’. Eubank Jr. has suffered defeats to Billy Joe Saunders and George Groves in the past, though it’s been four-and-a-half years since the latter bested him in the World Boxing Super Series.

‘The Destroyer’ is taking a substantial risk putting his perfect record on the line against an opponent who’s not unfamiliar at three weight classes above. There’s every chance Eubank Jr. could accept the added cost to gain a vital advantage, though it would be an expensive (and embarrassing) error in judgement should he do so and still fail to win.