Distraught Coco Gauff is forced to pull OUT of the Cincinnati Masters after tumbling to the court and injuring her left ankle… with the US Open less than two weeks away!

Coco Gauff looked devastated as her Cincinnati Masters journey was brought to an abrupt end by injury.

The world No. 12 suffered a nasty fall during the opening set against the Czech Republic’s Marie Bouzkova in the first-round match.

Gauff sustained a left ankle injury and eventually had to retire and withdraw from the tournament. 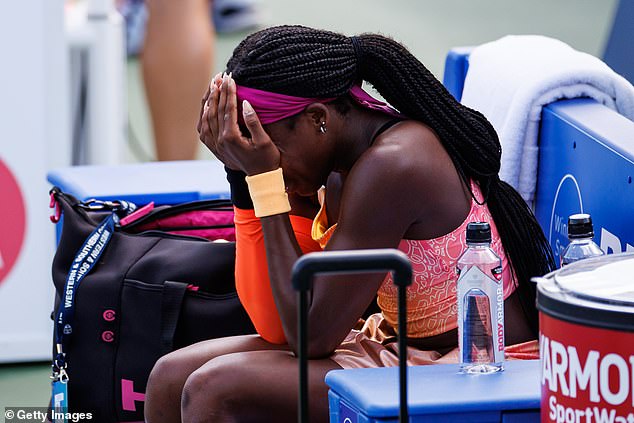 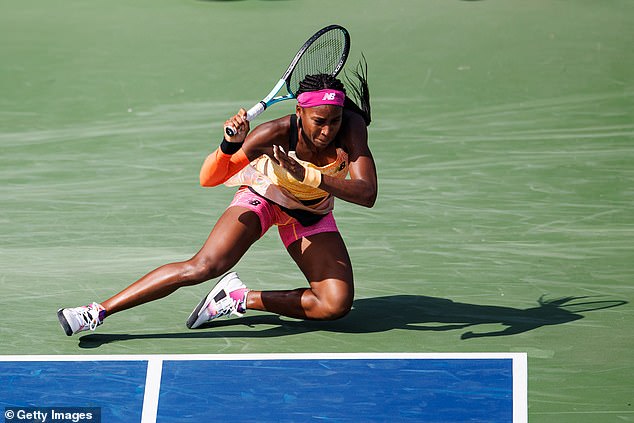 The world No. 12 suffered a nasty fall during the opening set of first-round match Tuesday 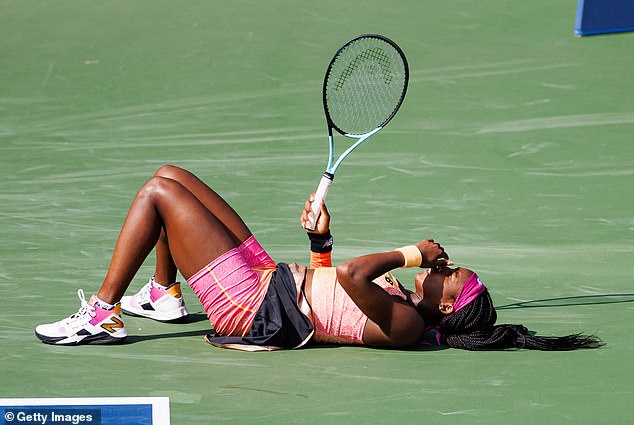 The 11th-seeded Gauff was leading 5-3 in the first set when she tumbled to the court and injured her lower leg at the Cincinnati-area tournament. She lost the next three games before being examined by a trainer.

Bouzkova then finished off the set and won the opening game of the second set before Gauff called it a day. She looked visibly distraught on the court sideline.

Fears will be increasing with the US Open less than two weeks away.

The 18-year-old has lost in the quarterfinals in each of her previous two events after reaching the French Open final in the spring before losing to Poland’s Iga Swiatek, the top-ranked player in the world.

Gauff is playing doubles with Jessica Pegula in the tournament and there was no immediate word on whether she will continue.

Bouzkova faces Alison Riske-Amritraj in the second round. 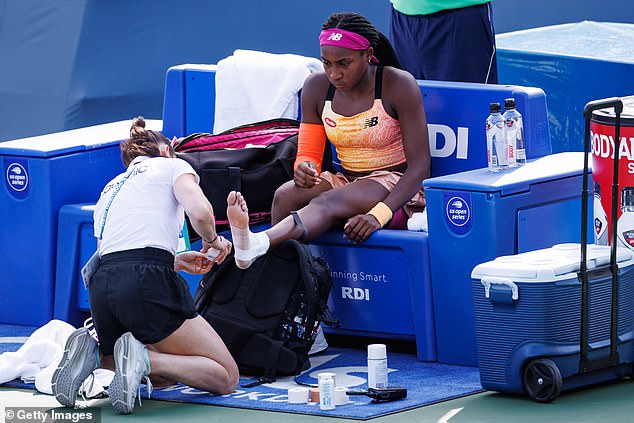 Meanwhile, Japan’s Naomi Osaka also went down in the first round as China’s Zhang Shuai outplayed her and won 6-4, 7-5 in just 75 minutes.

Osaka held a 10-4 edge in aces but won just 37.1 percent of her second-serve points in the disappointing setback. Osaka committed 29 unforced errors and had 21 winners.

Zhang, who has four aces, will face Russian Ekaterina Alexandrova in the second round. 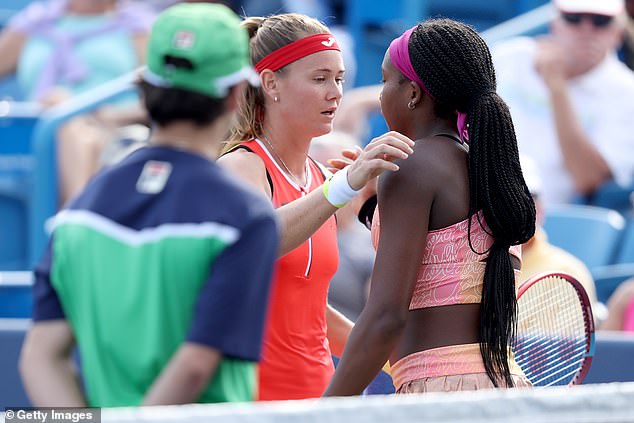 ‘I think I finally got it to a better level,’ Pliskova said. ‘Hard court is my favorite. I always do well in America, so hoping for more matches here.’

Pliskova will next face Belgium’s Elise Mertens, who notched a 6-1, 6-1 win over Ukraine’s Anhelina Kalinina.

The post Coco Gauff forced to pull OUT of Cincinnati Masters with ankle injury first appeared on europesportsnews.com.