Carlos Alcaraz has admitted he did not expect to enjoy such a successful 2022 season, describing his achievement of reaching 40 wins as “crazy”. The Spanish teenager has been on a remarkable run of form that has put him in the same bracket as Rafael Nadal and Novak Djokovic in the highest win percentages this season.

The 19-year-old claimed another easy straight-sets victory over Norbert Gombos in round two of the Croatia Open Umag on Thursday, beating the Slovakian 6-2, 6-3 to take his record to the season to 40 wins and six defeats.

Only Stefanos Tsitsipas has won more matches in the calendar year (41) and the Greek has played nine matches more than Alcaraz, who has been in sensational form. Such a record is not only a remarkable feat for a player of Alcaraz’s youth, but the world No 5 is now performing at the same current level as Nadal and Djokovic. 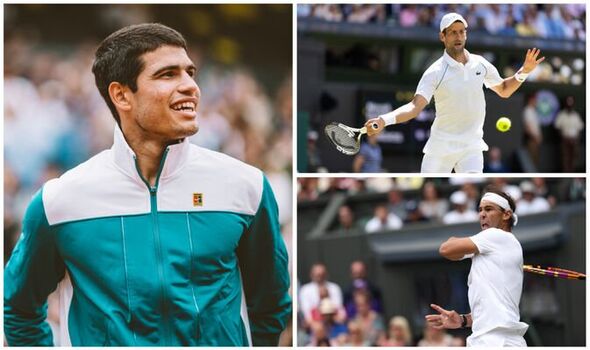 And the youngster opened on his achievement, saying he would have struggled to believe that he could win 40 matches in only his second season on the ATP Tour.

“No, if you had told me in January I would have called you crazy. It is a formidable goal,” Alcaraz said.

His victory in Croatia was his 25th win of the year on clay, while he has suffered only three defeats on the surface. And it is easy to see why comparisons have been made to his idol and fellow countryman Nadal, who has famously only ever lost three matches at the Roland Garros with an astonishing 112 victories. 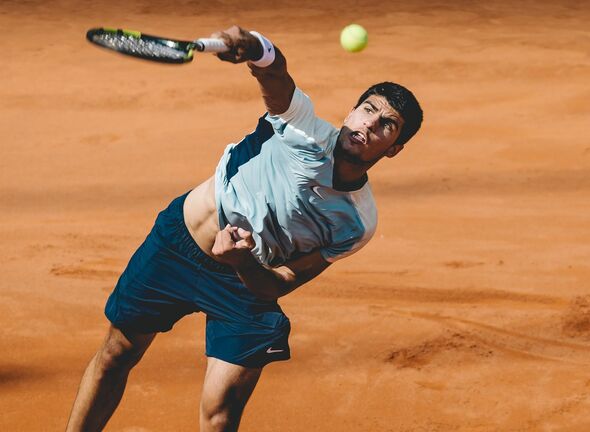 While it would be unfair to expect Alcaraz to get anywhere near Nadal’s haul of 14 French Open trophies, his record of four career titles – including at the Miami Open and Barcelona Open – exhibits that the Spaniard has star quality.

He needs just two more wins to reach 75 in his career and doing so would also help him climb to fourth in the world, which would represent his best ranking to date. And while Alcaraz explained that it gives him an extra push to win the tournament, he refused to underestimate his quarter-final opponent Facundo Bagnis.

“Yes, of course, that’s one more motivation,” he said when asked about reaching No 4. “I didn’t know the final would be enough, I thought it would be necessary to win the tournament. But it certainly gives me more motivation.

“Facundo will play very aggressive. He is an expert on clay, he did very well in the Challengers. He will surely play his best tennis and I want to play at my best level. It will be very complicated, and it will be a different match than the one against Gombos.”

The post Carlos Alcaraz opens up on ‘crazy’ year as he splits Rafael Nadal and Novak Djokovic first appeared on europesportsnews.com.