Weeks before the Olympics began, Australia didn’t have a men’s 800 runner qualified for the Games. Incredibly, they now have three in the semis with Bol’s record-breaking time of one minute, 44.13 seconds the second-quickest time of any man in the 800 heats. The previous national mark of 1:44.21 was set by Bol’s close friend and training partner Joseph Deng three years ago in Monaco. 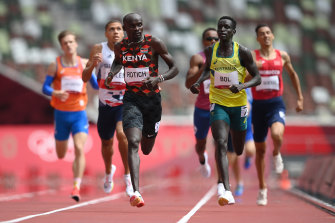 Australia’s Peter Bol (right) broke the national record for the 800m in his heat at the Tokyo Olympics.Credit:Getty Images

The 34-year-old veteran Riseley ran 1:45.41 to get to an Olympic semi for the first time. Charlie Hunter, who has been running in the US after getting a scholarship at Oregon, joined them with his 1:45.91.

The new technology spikes are plainly helping times, but everyone is wearing them so they were not the edge in delivering the Australians their places in the semis.

“I think I have been the second-longest member in the squad without the national record. Alex Rowe tied it, Joseph Deng took it and now I have it again,” Bol said.

“But today wasn’t really about times; it’s awesome to have the national record but if I ran a national record and didn’t get into the semis I would have been complaining – the more I take out of that is getting through to the next round.

“Whatever it takes, that was my mindset coming, so to get the national record I’m happy with that.”

Bol was still cruising to the line, having time to look over his shoulder to make sure he had a top-three place confirmed.

He said the new spikes undoubtedly had an effect on times, as well as the fast tack and perfect hot, humid conditions.

“They [the spikes] are just so bouncy, I don’t think anyone runs 1:44 so relaxed or 1:43, but everyone is wearing them. I guess really the mindset is a part of it.”

Riseley admitted he could not believe how things had changed in just months, from boarding a plan for Europe without a qualifier for Tokyo and believing it would be his last time competing overseas.

“It’s hard to describe how it feels, six months ago I didn’t really believe I’d even be in Tokyo. Making a semi-final for the first time in my fourth Olympics is pretty special.

“Fourth time lucky I guess. I had a pretty tough heat – four guys had run 1:44 before and one was a world champ, [Botswana’s] Nijel Amos in 1:42. [Michael] Saruni was like the Kenyan national champ.

“I knew it would be difficult to get top three and I needed the time. After 300 I felt the pace was on and I wanted to follow Saruni because I knew he would get me close to the line. It’s nice to be running down the straight fighting for a spot and feeling like I have got some running in the legs.”

Australian sprint hurdler Liz Clay qualified for the semi-finals with a time of 12.87s after finishing second in her heat. 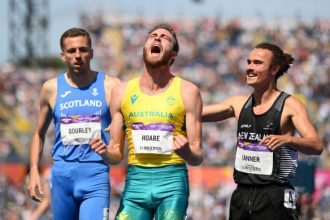 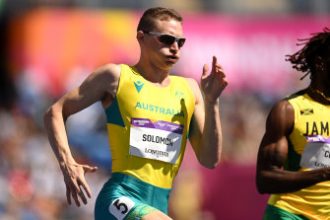 For 20 weeks, Steve Solomon couldn’t even jog, but now he’s back on track 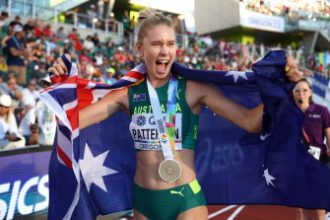 Your guide to the track and field at the Commonwealth Games 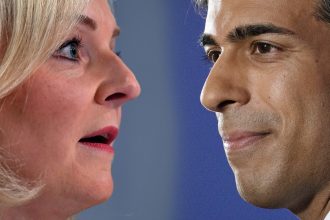