UFC contender Mackenzie Dern stole the show at UFC Fight Night: Vera vs. Cruz on Saturday evening – having caught the eyes of fans on social media.

The 29-year-old, who holds a professional record of 12-2, is currently ranked #4 in the strawweight standings and is booked in to headline a fight night of her own against Yan Xiaonan in October.

Away from the octagon, Dern has built up an Instagram following of one million thanks to her regular updates that include bikini snaps and training videos as well as her life as a mother.

READ MORE: Paddy Pimblett explains when he will stop piling on the pounds after 200lb admission

Taking some time out from her busy pre-fight preparations, Dern was in attendance at the Pechanga Arena in San Diego to see team-mate Marlon Vera beat former two-time UFC Bantamweight Champion Dominick Cruz.

Before that event took place, the UFC cameras zoomed in on the fighter and she did a little dance before sending a love heart to supporters and shadow boxing.

Will Mackenzie Dern one day be a UFC champion? Tell us in the comments section below. 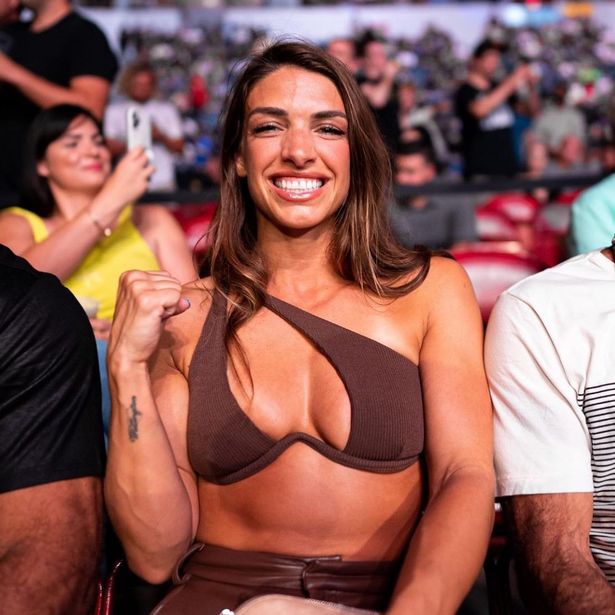 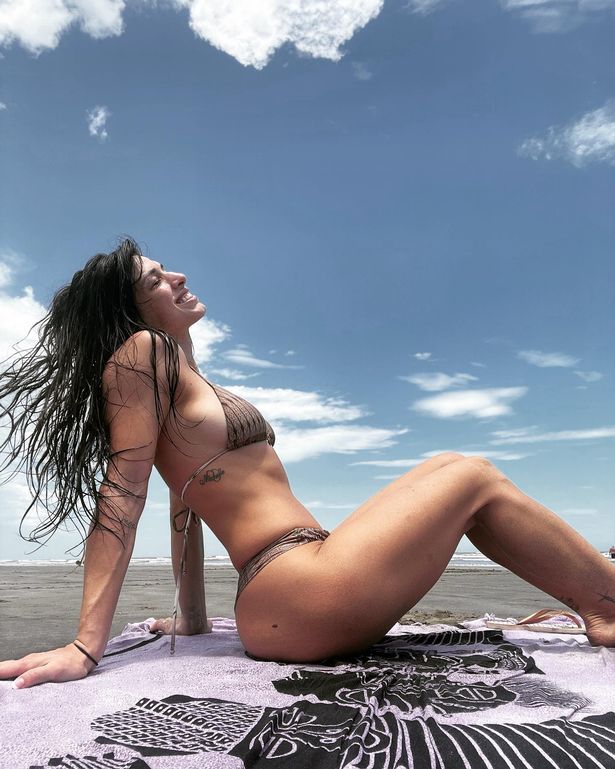 One fan wrote: "Mackenzie Dern should get a crypto bonus tonight."

With a second adding: "Mackenzie Dern gaining a lot of new fans tonight, and she didn’t even fight."

A third continued: "Mackenzie dern has beat the life game and has no more challenges left." With a fourth agreeing: "Ok i see why people like Mackenzie Dern." 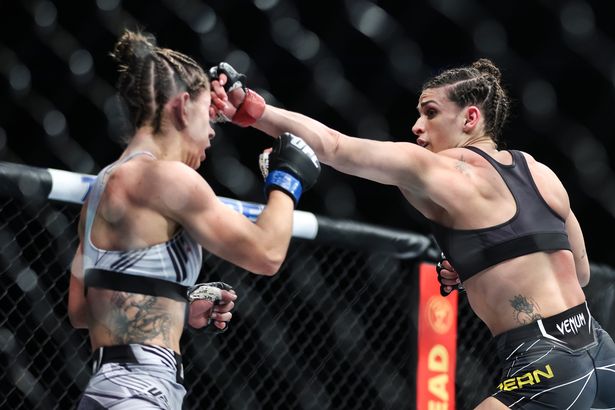 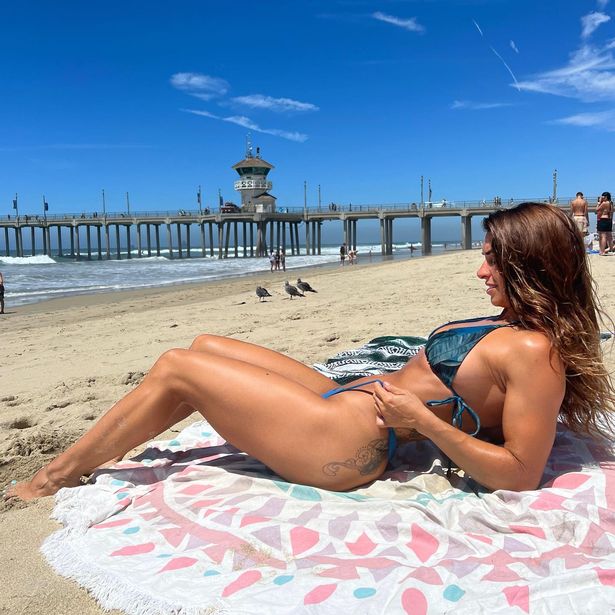 Dern made her professional debut back in 2016 and won seven of her nine bouts since joining the UFC with a win over Ashley Yoder in 2018.

Having registered four consecutive victories across 2020 and 2021, Dern bounce back from losing to Marina Rodriguez by beating Tecia Torres in April.

Dern has support from husband Wesley Santos who is a professional surfer, taking time out of her career to have her first child back in 2019.

Having been born in Arizona back in 1993, Dern is the daughter of Wellington "Megaton" Dias who is a Brazilian jiu-jitsu practitioner who became a black belt at 18.

Before her MMA career, Dern represented both Brazil and the United States in Brazilian Jiu-Jitsu, winning gold medals at the World Jiu-Jitsu Championships under both flags.

Explaining her heritage, she has said in the past: "My Dad and step Mom are both Brazilian. 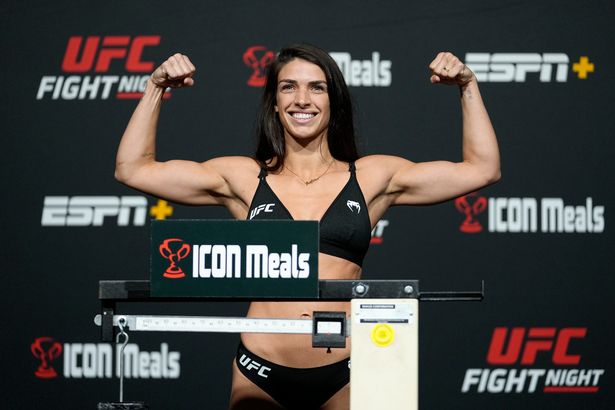 "My boyfriend speaks Portuguese. I'm speaking Portuguese more than English. I still have lots of interactions in English of course.