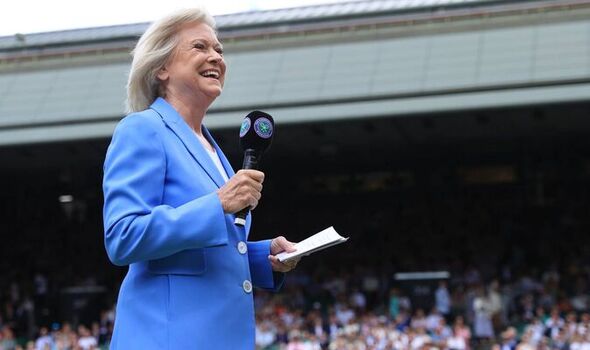 In a special show yesterday to commemorate the most famous stage in world tennis, Sue, 66, and fellow commentator John McEnroe, 63, introduced champions from across the decades to thousands of adoring fans.

But in an “off-script” move, McEnroe thanked Sue, who is presenting the BBC’s coverage of the tournament for the final time this year, for 30 years of service.

It clearly shocked the former tennis star, who was left emotional and jokingly threatened to send McEnroe to “Court 17”.

Afterwards, a host of former champions came to congratulate the veteran presenter on her stellar career.

Leading the tributes, McEnroe said: “Sue, one final word. On behalf of all the players, I just want to say that we’re going to be lost without you.

“After 30 years of covering this tournament magnificently, please give it up for Sue Barker.” 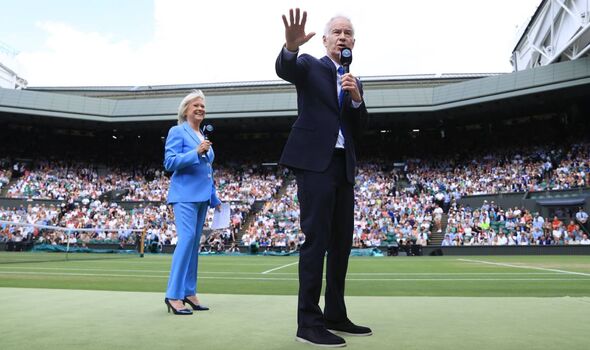 The crowd rose to give the former Grand Slam champion a standing ovation, moving her to tears. She said on court: “Thank you so much. But this is about the tournament.

“All I can say is from now on John McEnroe is going to be commentating on Court 17 after that, going off-script. But thank you.That really does mean the world to me.”

The pair dated for four years between 1982 and 1986. When John mentioned the relationship, Sue said: “Stop, stop, we’ll move on. Thank you John.”

But the singer was on hand to give a surprise performance. Emerging from gangway 211, Sir Cliff, 81, serenaded the capacity crowd with Summer Holiday in a re-enactment of his famous impromptu performance during a rain delay in 1996.

But the greatest Wimbledon singles champion, Martina Navratilova, 65, who won nine titles, had to pull out after testing positive for Covid.

Second World War and Wimbledon chiefs were unable to repair it until 1947.

This year British tennis fans are now pinning their hopes on Cameron Norrie, who is the last Briton left after reaching the quarter-finals with an explosive 6-4, 7-5, 6-4 victory over American Tommy Paul, 25.

‘We have listened’: AFL abandons floating fixture for start of 2023

She added: “He’s just the perfect example that you want your kids to aspire to be and he’s a great person as well.”

The 30-year-old said the atmosphere for her match on Centre Court was “great”, adding: “I felt fully supported throughout.”

Norrie, 26, who faces Belgian David Goffin tomorrow, said: “I’m the last one left so why not get behind me even more now?” 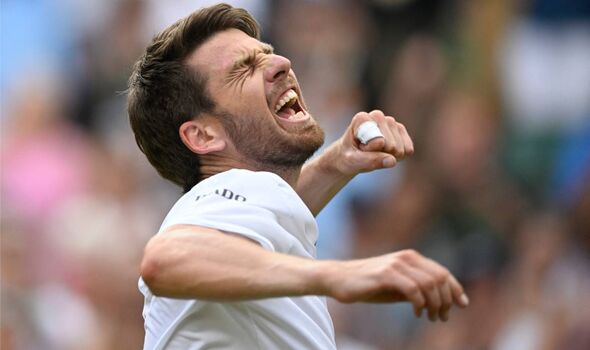 The post BBC’s Sue Barker in tears at her final Wimbledon first appeared on europesportsnews.com.