Barcelona have reportedly issued Frenkie de Jong with an ultimatum as his transfer saga appears to have taken another twist: take a significant wage cut to stay with the cash-strapped Catalans or sign for Manchester United this summer.

Having seen their pursuit of the Dutch midfielder become something of a slog, the Red Devils looked to have made a breakthrough after reportedly agreeing a fee of £56million plus another £17m in potential add-ons with Barcelona for the 25-year-old. Amid talk that United had now turned their attentions to negotiating personal terms with the player, the Blaugrana’s club president Joan Laporta provided a revealing update on Saturday.

The Catalan chief stated that the Spanish side had “no intention” of selling the midfielder this summer, while declaring he would do “everything” in his power to retain De Jong in the current transfer window. Laporta also admitted the player himself wishes to remain with the Nou Camp club.

As the La Liga giants continue to seek an arrangement whereby they can keep the former Ajax star this summer, it appears they have handed the player ‘two choices’. According to Marca, De Jong can either take a dramatic salary cut to remain with Barcelona or join United instead. 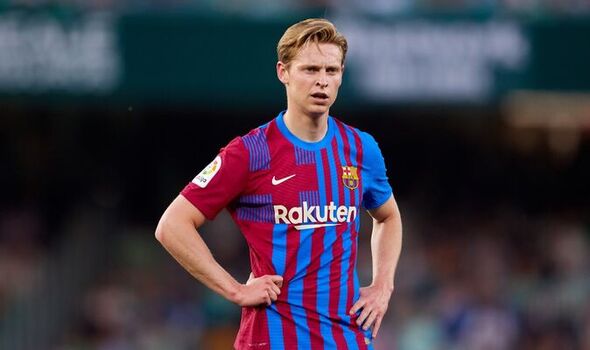 It’s no secret that the Spanish club remain embroiled in a crippling financial crisis and are endeavouring to slash their current wage bill. Barcelona are keen to reshape their playing squad this summer, however it is thought new arrivals can only be afforded if funds are generated through player sales.

De Jong is considered one of Barcelona’s most valuable assets while he is also understood to be one of the club’s current highest-earners. The Spanish outlet assert that at present the Netherlands international will cost the Catalans in excess of £34m next season. 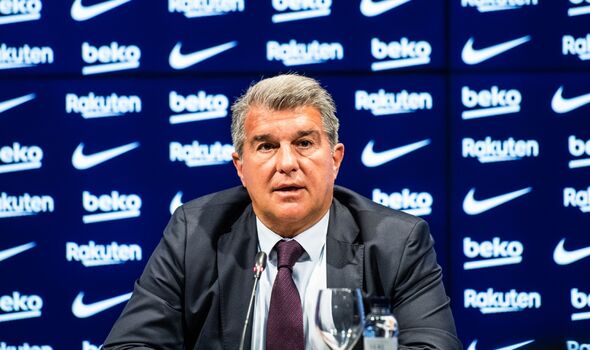 Addressing De Jong’s future on Saturday, Laporta admitted: “There are many clubs that want him, not just Manchester United. We have no intention of selling him, he wants to stay. I’m going to do everything to keep Frenkie, but there’s also a salary issue and that would have to be adjusted.”

It remains to be seen what De Jong will decide. The opportunity to continue with Barcelona, “the club of my dreams” as confessed by the midfielder himself back in May, remains, as does the possibility of a reunion with former Ajax mentor Erik ten Hag at Old Trafford.