Tonight Collingwood star Jamie Elliot, who sealed the deal two weeks ago with a kick after the siren against Essendon, hits the big 150.

As reported earlier this week, the Magpies are 11-2 in the 13 games Elliott has played this season, yet he manages to fly somewhat under the radar, keeping a low profile despite being a fan favourite.

He may never have to buy another beer in Melbourne again – or a roast duck dinner if the Pies pull tonight off.

Collingwood have won six of teams last seven meetings, the last being Queen’s Birthday, where the Pies bagged a 26-point win. This is during Melbourne’s rough patch, where they lost three in a row, while it was early in Collingwood winning streak. Both will be fighting for a top two spot.

The build up to this match took an unexpected twist on Thursday.

Ed Langdon has lit a fuse ahead of one of the most anticipated Melbourne v Collingwood matches in decades, declaring the in-form Magpies can be “all duck, no dinner”.

Some, however, might say duck is more than a fine dinner. Just as long as it’s got some sauce, which Collingwood are known to bring. 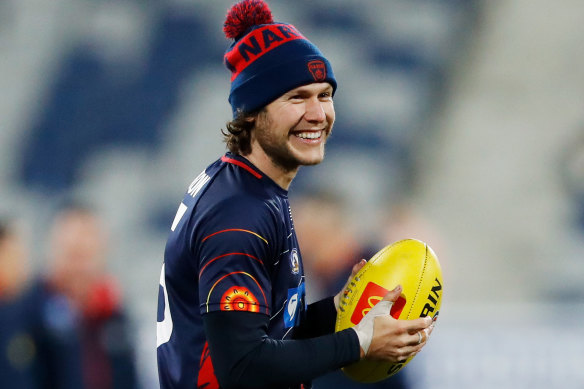 What a spicy Friday night match up this is. Melbourne are turning their serious attention to their premiership defence while Collingwood are, remarkably, gunning for an 11th straight victory.