A troublesome French star… sound familiar? Manchester United target Adrien Rabiot is no stranger to controversy like Paul Pogba, but there is also no doubting his talent

If Adrien Rabiot, 27, signs for Manchester United, he will join a select group of players who have represented both the city’s major clubs.

Contents
A troublesome French star… sound familiar? Manchester United target Adrien Rabiot is no stranger to controversy like Paul Pogba, but there is also no doubting his talentRABIOT’S COLOURFUL RAP SHEET Share this article

The midfielder had a six-month spell in City’s academy as a 13-year-old, before returning to France.

‘Everything was going well but the club did not respect certain agreements, so my mother put a stop to it and we returned to France,’ explained Rabiot in a 2012 interview with Le Parisien. 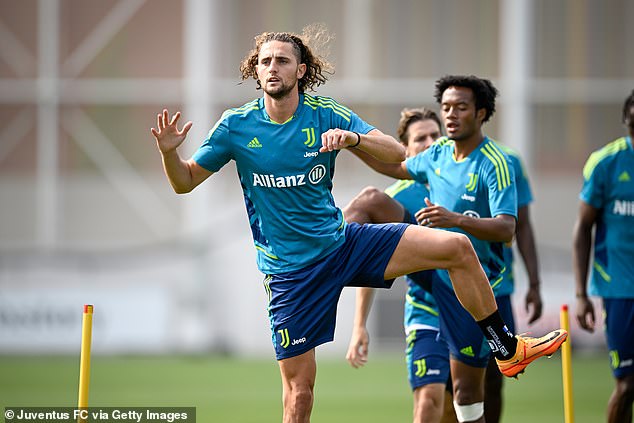 It was not the last time that he would fall out with his club as his chequered career shows.

If Erik ten Hag were looking for a quiet life, he would surely run a mile from Rabiot, whose mother Veronique has guided his career throughout and has clashed with some of football’s top operators.

Rabiot was so aghast to be left out of France’s 23-man squad for the 2018 World Cup that he refused to be on coach Didier Deschamps’ standby list.

He also clashed with Zlatan Ibrahimovic during a friendly in 2015, later admitting it ‘was not cool of me’. In 2019, he was handed a two-week ban by Paris Saint-Germain for being pictured at a nightclub hours after United knocked his side out of the Champions League. 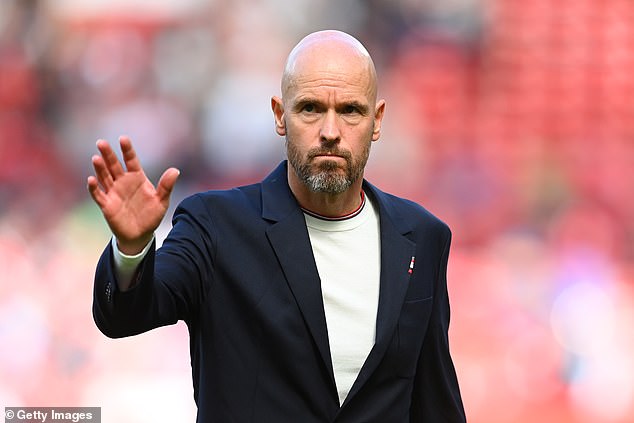 ‘I find unacceptable the attitude and lack of professionalism of a player like Adrien Rabiot towards the club, his team-mates and his supporters,’ PSG’s sporting director, Antero Henrique, said at the time.

But there is no doubting his talent. Rabiot made 227 appearances for PSG before joining Juventus three years ago, after running down his contract. A tall, elegant central midfielder with an eye-catching passing range, he is at home as one of two deep-lying midfielders, or as a playmaker in a three-man set-up. His height always makes him useful at set-pieces.

Barcelona boss Xavi, one of the finest midfielders of his generation, is a fan. ‘He’s a player of an excellent level technically,’ he said four years ago, when Barca were linked with Rabiot. ‘He could play perfectly as a central midfielder at Barca. He could contribute a lot.’

He could contribute to United, but they have just parted ways with a talented but high-maintenance midfielder as Paul Pogba rejoined Juventus. Do they really want another coming in the opposite direction?

PSG boss Thomas Tuchel drops Rabiot and Kylian Mbappe to the bench ahead of their game against Marseille after the pair reported late to a pre-match meeting.

Rabiot is suspended by PSG after visiting a nightclub following his side’s Champions League defeat by Manchester United. He also landed himself in hot water for liking an Instagram video of former United man Patrice Evra celebrating the win.

THE Frenchman refused to be on Didier Deschamps’ standby list for the 2018 World Cup. He didn’t play for France again until 2020.